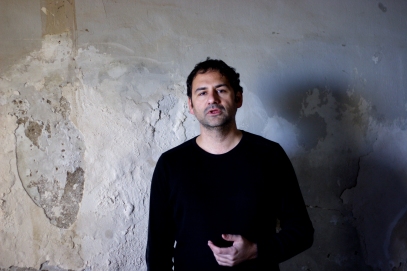 Antoni Madueño is a disciple of the tenor Josep Benet, and was trained for years in singing and medieval music with Jordi Noguera and Antoni Rossell. As well as having a degree in philosophy, he also holds a doctorate in musicology specializing in medieval secular music. This multifaceted artist has dedicated himself to the research of the Troubadour Repertory and medieval organology, particularly to the construction of string instruments used in their concerts, this inspires him in the creation of his own sculptures.

During his musical career he has performed with various vocal and instrumental formations and also collaborates with other artists from other artistic areas such as dance, poetry, the fine arts and also with other medieval music performers.

With a current repertoire that is focused on the secular music of the middle ages, with a preference for the music of the troubadours, Antoni Madueño has performed solo concerts in European countries including Spain, Slovakia, Switzerland and France.

Since 2015 he has directed the project Despertant instruments adormits, making reality the construction of replicas of the musical instruments from the Portal of the Monastery of Ripoll. Then Antoni brought these instruments to life by performing several concerts with music from the Scriptorium of the Monastery. He has also been commissioned by the Catalan Heritage Agency (Department of Culture of the Generalitat de Catalunya) to create and direct the festival La Ciudad Perdida, in the Heritage Site of Olèrdola (Barcelona). The first edition of this festival took place in August 2016.